It is regretful that I lost access to my google voice number due to do not understand the Google Voice policies. I’ve had this Google Voice number for about 14 years, which is the only phone number my friends know to contact me. My friends might not be able to reach me, because my Google Voice number expired and has been reclaimed. I will have to inform all my contacts that my number has changed. This GV number served a public purpose and simply asking for a new GV number will not allow users to access the service because there is no way to broadly advertise the number change.

Google may reclaim your Google Voice number if you have not placed or answered calls, or sent or opened text messages for a period of 3 months

Users can claim one free Google Voice number. That Google Voice number is yours to use, as long as you make outbound calls or send outbound text messages at least once in a three-month period. No outbound activity for more than six months is interpreted as your abandonment of the number, so it is reclaimed for use by someone else. Inbound activity doesn’t count, since a dead person can still receive calls and texts.

If you have no activity in the account during that period whatsoever (never call or text, never log into the website, etc.). If you are planning to use it even a little bit.

1. Regularly manually log in to make calls or send and receive text messages

After receiving the reminder. You can call the US toll-free customer service number or send a text message to the following numbers if you don’t know who to call.

2. Set up auto-replies on that phone via Google scripts

Set up auto-replies on that phone via Google scripts, it would respond to anyone who texted you saying you were unavailable right now, so they wouldn’t think you were ignoring them. If you didn’t plan to use the phone for a while.

It is the only thing I can think of. I get texts so rarely though, maybe 1 per week at most, usually less than that, so in no way it sending many replies.

First of all, you need to transfer the GV text messages to your Gmail mailbox, which is usually turned on by default without additional settings. If you turned it off before, please open https://voice.google.com/u/0/settings and turn on the switch.

The next step is to use a filter to identify the difference between this email and other emails, because the emails forwarded by GV will end with @txt.voice.google.com, so this is our goal. Open [Settings] – [Filtering] according to the picture. Filter and Blocked Addresses]-[Create New Filter] 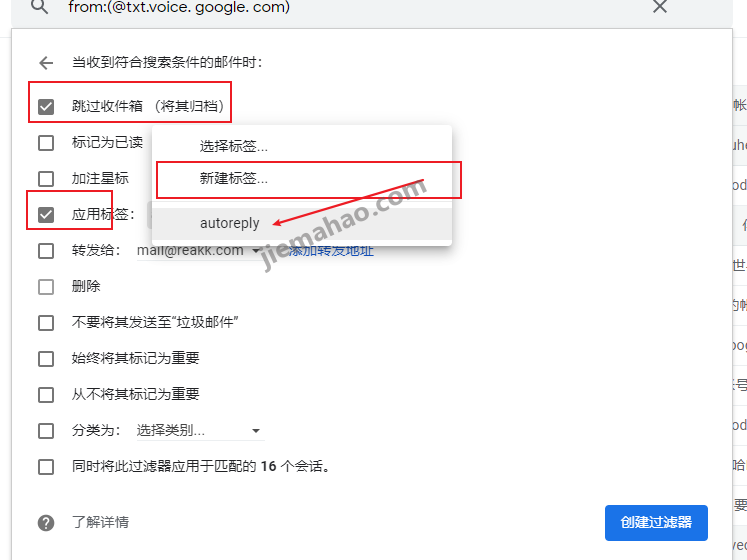 Set up an autoresponder script

Set up an auto-reply script
https://script.google.com/home Open the URL, select the new item in the upper left corner and
paste the following code:

Save and rename: Auto Replier 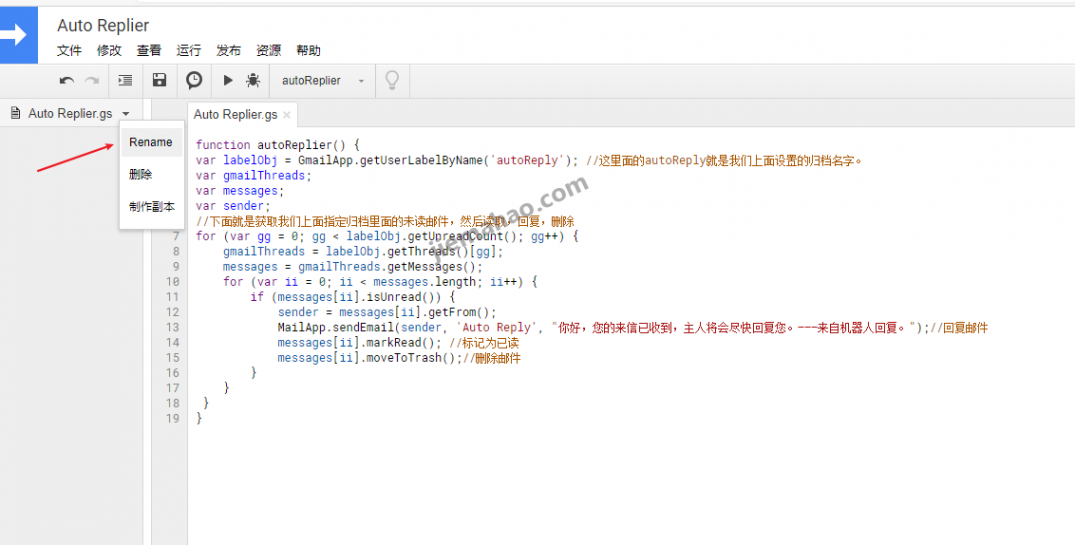 Add a trigger and set it up as shown below. Select the minute timer, the interval is every minute 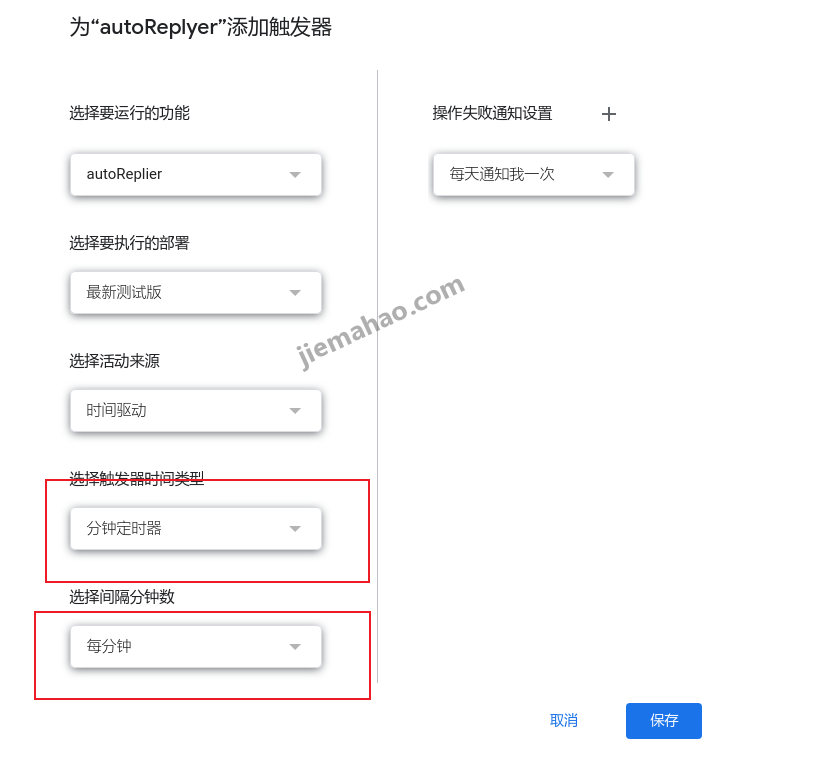 After the auto replier is complete, give auto-reply script permission. After the test is successful, you can set the frequency of the trigger to be lower, otherwise, you and the robot may keep greeting each other in a loop. Recommended once a week

3. How do I make my Google Voice number permanent?

You can pay $20 to port in a mobile phone number. Ported-in numbers are considered “permanent”, meaning Google will not reclaim the numbers, since they weren’t Google’s numbers, to begin with, and you have paid a fee to port in the number. 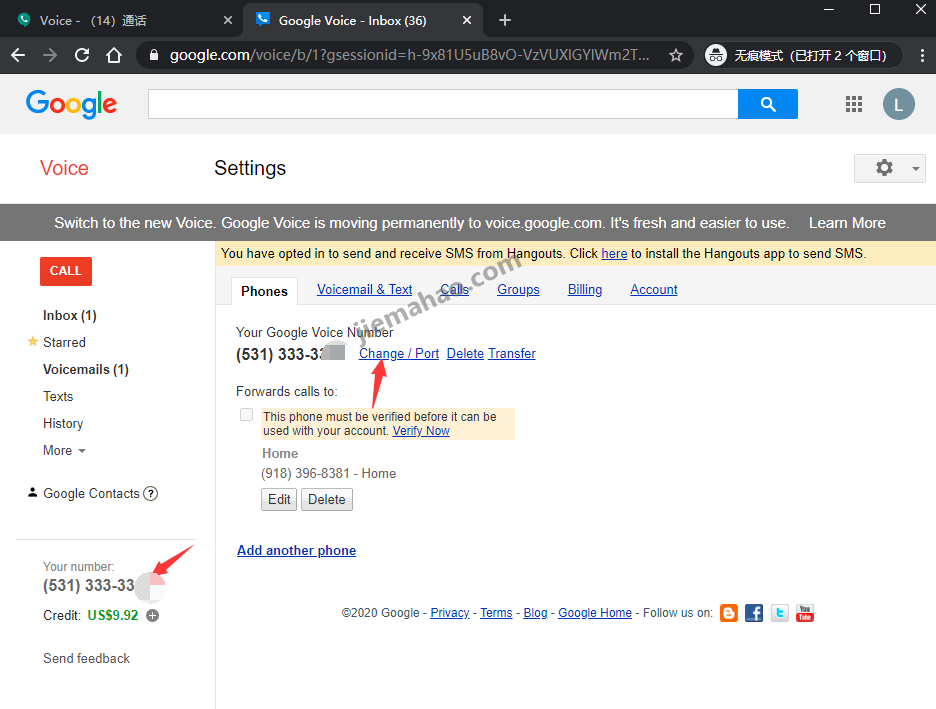 Similarly, you can pay $10 to change a number, and that new GV number will automatically be permanent.

Google requires that you first claim a free GV number before you can port in a number. If you do nothing after a successful port, the original, free GV number will be reclaimed after 90 days, to give you time to update your contacts that your number has changed. 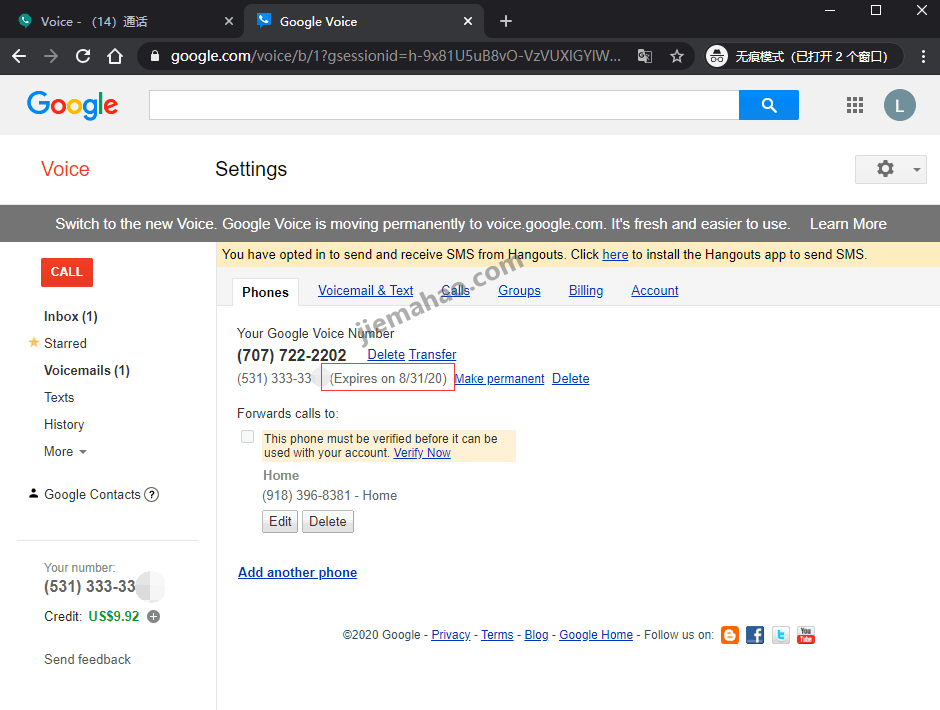 If you want to keep that original/free GV number, in addition to your ported-in number, you can pay a second $20 fee. This fee makes the original number permanent, too. This is entirely optional. 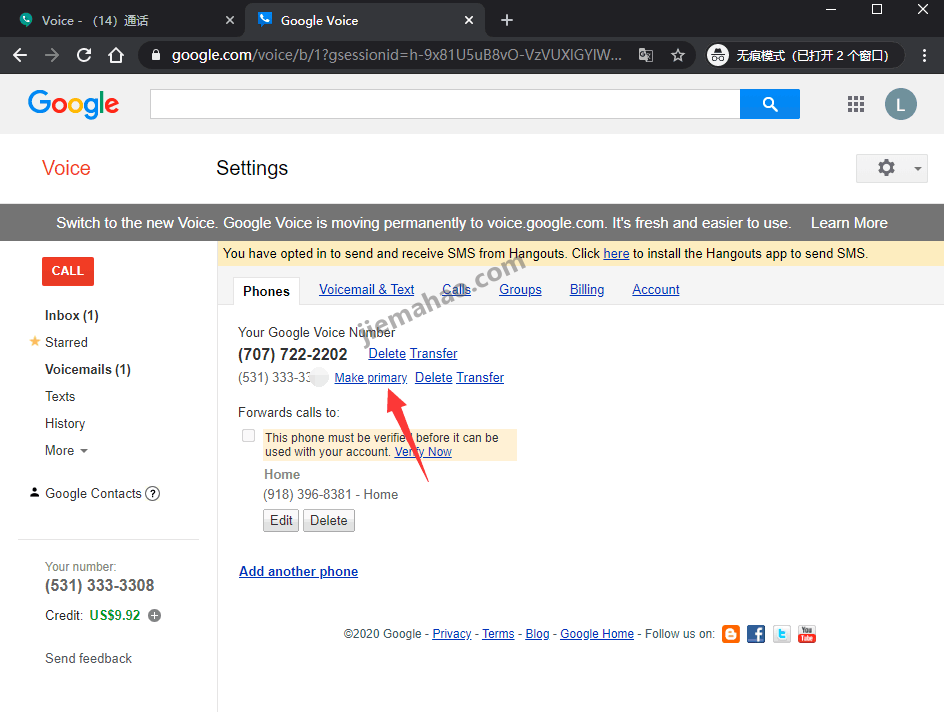 Regardless of these procedures, your Google Voice service, and any attached phone numbers, can be suspended without recourse at any time, if you violate Google Voice’s Terms of Use or Acceptable Use Policy.

4. How to port your Google Voice number out to a mobile phone service?

If you have other carriers, you can port out of Google Voice number to your current carrier. for example, port out GV number to Lycamoible, KnowRoaming, Ultra Mobile, or T-mobile.

To port your number out of Google Voice, first you need to unlock the number. Then, let your mobile service provider know you want to port a number to their service. Work with them until the porting process is complete. 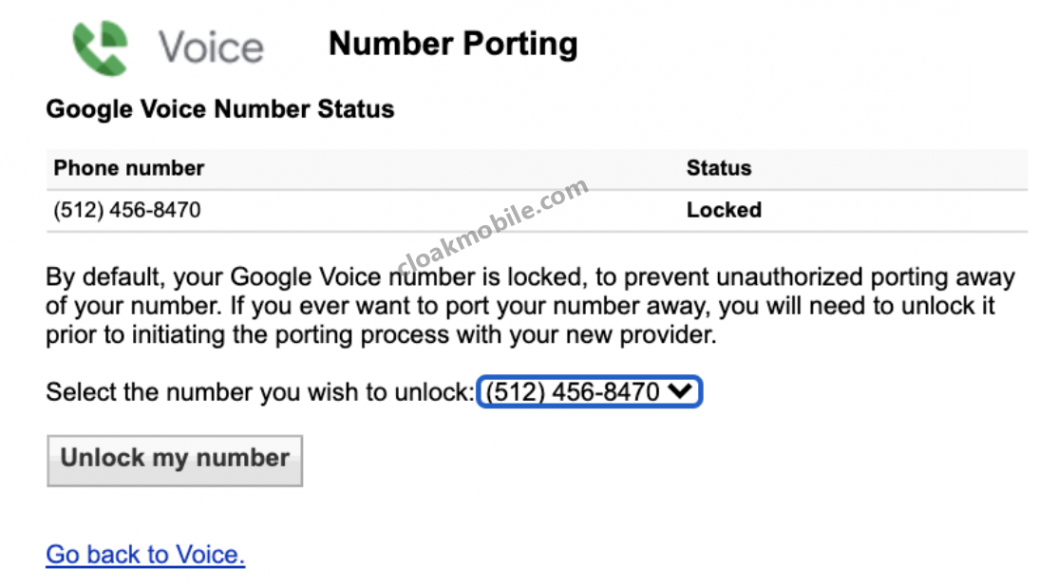 When you unlock your Google Voice number, it costs $3 USD. But if your number was originally ported in from a mobile service provider, there’s no charge. 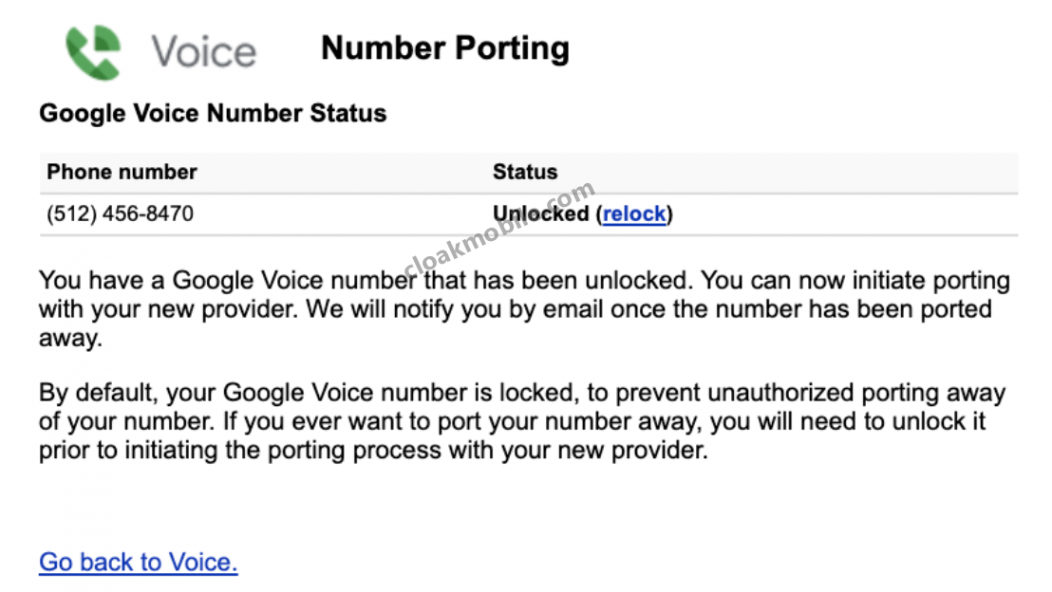 Tip: If your mobile service provider asks for your account number and PIN, provide your 10-digit Google Voice phone number and the PIN you use to access your Google Voice voicemail.

By Thomas Cirino03/25/2022Leave a Comment on How to avoid Google Voice number expired?